Uncle Scrooge seeks a fountain of youth, but when he discovers it isn’t quite what he bargained for, it’s up to Donald, Huey, Dewey and Louie to turn him back into his old self! And when Launchpad (Shockingly!) makes a mistake while flying, the next candidate to be Scrooge’s pilot is… Dewey?!

For the moment we only have one cover. But it shows a strong scene from what appears to be the Fountain of Youth Story. 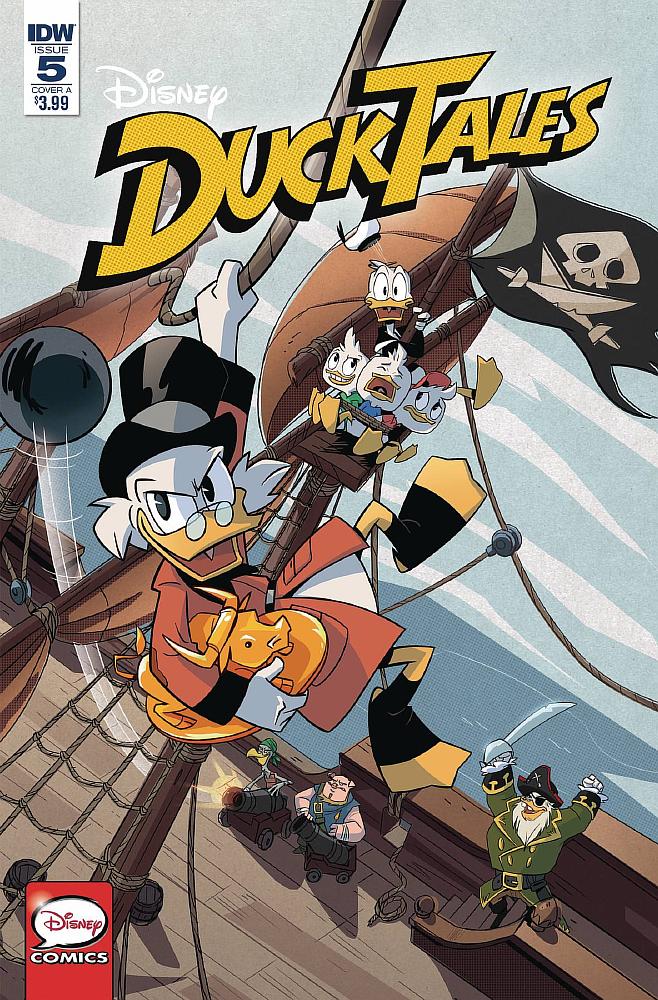 DuckTales Issue #5 will be released around January 17 2018. You can already pre-order it via Archonia.

Cancel reply
© Copyright 2017 - Donaldism.com - The many images on this website are the property of Disney and/or IDW Publishing/